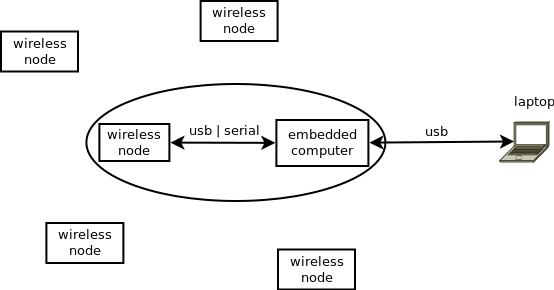 The receiving node and the wireless node are interchangeable. Running the communication software on the embedded system has a number of advantages: